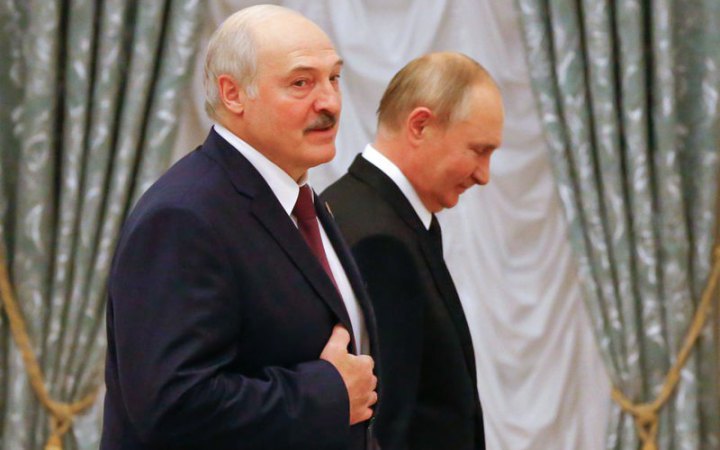 Vladimir Putin and Alexander Lukashenko after talks in the Kremlin, 9 September 2021.
Photo: EPA/UPG

Alexander Lukashenko assured Moscow of his support and that there would be no strikes on russian troops from the territory of Belarus.

He also said he was ready to put military units on high alert "according to the norms of wartime," reports the Belarusian state agency Belta.

If we need to put some military unit on alert according to the norms of wartime, so be it. If it is necessary to mobilize it (the unit) so that we can see whether the people assigned to it are alive, then it is necessary to mobilize it. If we need to raise the territorial defence, then we do it. We need the people's volunteer corps - to check on the spot what kind of fighters we will have and what kind of weapons they have, then we need it," he said.

Lukashenko also added that he had authorised military exercises near the borders with Ukraine.

Belarus is not a direct participant in russia's full-scale war against Ukraine, but it does provide material and technical support to the russian invasion. Missiles are launched from the territory of Belarus at Ukrainian cities. The enemy also uses the Belarusian territory to send its sabotage and reconnaissance groups to Ukraine.

In early September, NSDC Secretary Aleksey Danilov said in an interview with LB.ua that Russia recruits Belarusians to participate in the war against Ukraine, but sends the recruits through its own territory, as there are not many of those who agreed.