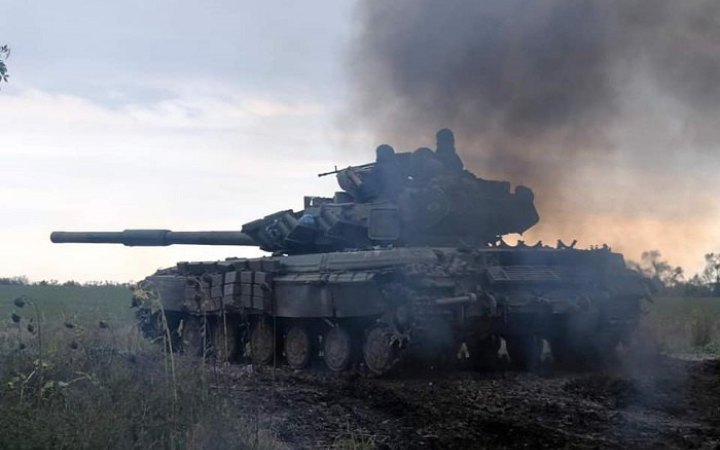 In the course of successful offensive actions our troops liberated 12 settlements in the Kherson area on 9 November, the General Staff of the Armed Forces of Ukraine reported on the morning of the 261st day of the heroic resistance of Ukrainians to the Russian military invasion.

Over the past day, units of the Defence Forces have repelled attacks of the occupiers in the areas of the settlements of Novoselivske, Myasozharivka, Makiyivka, and Bilohorivka in Luhansk Region and Vesele, Soledar, Bakhmut, Andriyivka, Krasnohorivka, Opytne, Pervomayske, Nevelske, Maryinka, and Pavlivka in Donetsk Region.

The enemy does not stop shelling units of the Defence Forces along the entire contact line and conducts aerial reconnaissance. It continues to strike critical infrastructure and civilian homes in violation of International Humanitarian Law, the laws and customs of war.

Over the past 24 hours, the russian occupiers have launched one missile and 17 airstrikes, launched almost 100 attacks from multiple rocket launchers. About 20 settlements in Kharkiv, Luhansk, Donetsk, Dnipropetrovsk, Zaporizhzhya and Mykolayiv regions were affected by these criminal actions.

The enemy shelled in such other areas:

in the Siversk area - from mortars, in the areas of the settlements of Hremyach in Chernihiv Region and Kindrativka in Sumy Region;

in the Bakhmut area - from tanks and the entire variety of artillery, in the vicinity of the settlements of Bilohorivka, Rozdolivka, Yakovlivka, Soledar, Bakhmutske, Bakhmut, Opytne, Andriyivka, Kurdyumivka, Toretsk, New York and Mayorsk;

The russian invaders continue to loot the settlements from which they are retreating. The enemy is also trying to damage power lines and other elements of the transport and critical infrastructure of Kherson Region as much as possible.

The forced eviction of residents from separate settlements in the territories temporarily occupied by the enemy in Kherson Region continues. In the village of Zelenivka, the enemy forbade residents to move around the settlement and is refurbishing the system of defensive lines. In Tyahynka and Kozatske, the occupiers mined roads and infrastructure elements, there are facts of the detonation among the civilians.

During the past day, the aviation of the Defence Forces struck the enemy 10 times. 7 areas of personnel, weapons and military equipment concentration, as well as 3 positions of the enemy's anti-aircraft missile systems, were affected.

Over the past day, the Defence Forces shot down an enemy Ka-52 helicopter. Soldiers of the missile forces and artillery struck 2 control points, 10 areas of concentration of manpower, weapons and military equipment, 3 ammunition depots, 5 air defence facilities and 2 other important military facilities of the russian occupiers.