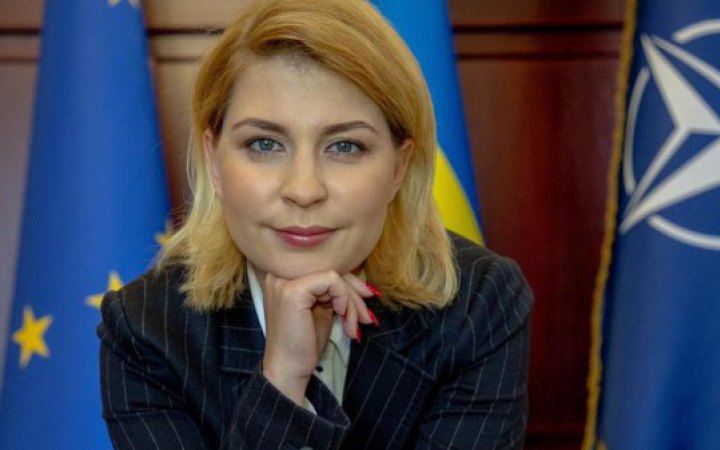 Ukraine is looking forward to the next NATO summit to consider its membership application and calling on its partners to show the same courage as the Ukrainian military, Deputy Prime Minister for European and Euro-Atlantic Integration Olha Stefanishyna has said in an online speech to the NATO Parliamentary Assembly meeting in Madrid, Ukrinform reported.

Stefanishyna noted that today Ukraine is ensuring peace and security on the eastern flank of NATO, and the unprecedented support in Ukrainian society for Euro-Atlantic aspirations testifies to a deep understanding of the importance of collective security in Europe and NATO as the most effective security organization that protects peace. At the same time, she noted that the return of nuclear threat to the agenda creates the most critical security situation in the world since World War Two and requires extraordinary decisions from both Ukraine and the democratic world.

"Time flies fast in Ukraine these days. You have seen striking changes on the front line. The NATO summit is approaching, and I do not think that the Ukrainian people will tolerate general diplomatic phrases about support for my country, although we appreciate every element of your assistance. We expect the Alliance to show the same courage and boldness that we are showing now. We look forward to being part of the decisions that will be made at least six months from now," Stefanishyna said.

She expressed her belief that the Alliance's response to Ukraine's Euro-Atlantic aspirations will be a victory over Russian propaganda and confirmation that NATO has no fear, that there is no force that can overcome democracy.