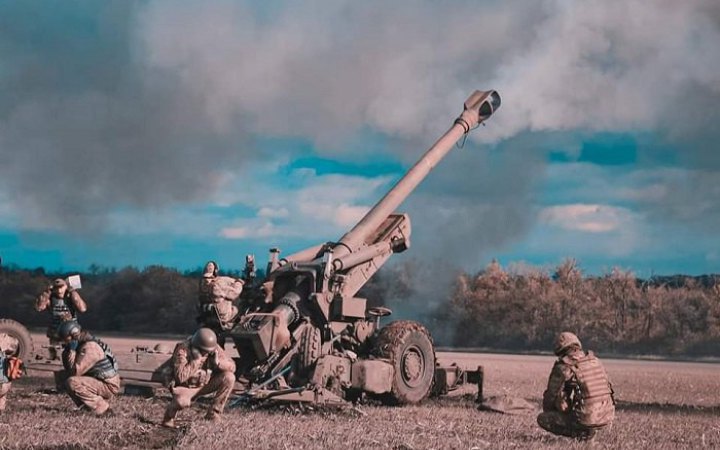 The enemy is trying to retain the temporarily seized territories, focuses its efforts on deterring the actions of the units of the Ukrainian Defence Forces, carries out engineering equipment of the defence line, and continues to conduct offensive actions in some areas. Russians are also pursuing aerial reconnaissance, the General Staff of the Armed Forces of Ukraine reports on the morning of the 272nd day of the heroic resistance of Ukrainians to the Russian military invasion.

Over the past day, units of the Defence Forces of Ukraine repelled attacks by the occupiers in the areas of settlements: Stelmakhivka in Luhansk Region and Spirne, Bilohorivka, Yakovlivka, Soledar, Bakhmut, Kamianka, Opytne, Vesele, Pervomayske, Krasnohorivka, Maryinka, and Novomykhaylivka in Donetsk Region.

The enemy does not stop shelling the positions of our troops and settlements near the contact line. It continues firing at critical infrastructure and civilian dwellings.

Over the past day, the enemy launched 9 air strikes, 7 missile strikes and launched more than 50 MLRS attacks from rocket salvo systems. Objects of civil infrastructure in the settlements of Komyshuvakha and Novotroyitske of Zaporizhzhya Region were damaged.

In the Volyn, Polissya, Siversk and Slobozhansk areas, the situation has not changed significantly, and no signs of the formation of enemy offensive groups have been detected so far.

In the Siversk area, in the border areas of Bryansk and Kursk regions, the enemy continues to perform the task of covering the russian-Ukrainian border, conducting demonstrative and provocative actions. Fired the positions of our units in the area of Rozhkovychi settlement of Sumy Region.

In the Kupyansk and Lyman areas, the enemy is conducting Defence, firing from tanks, mortars and barrel artillery. In particular, in the areas of Orlyanske and Lozova settlements of Kharkiv Region; Novoselivske, Stelmakhivka, Ploshchanka, Makiyivka in Luhansk Region and Terny in Donetsk Region.

In the Bakhmut and Avdiyivka areas, the enemy is concentrating its efforts on conducting offensive operations. It carried out tank and artillery shelling of various types of objects in the areas of seventeen settlements. Among them are Andriyivka, Soledar, Bakhmut, Bakhmutske, Mayorsk, Opytne, Yakovlivka, Vesele and Vodyane.

In the Novopavlivka and Zaporizhzhya areas, the enemy is defending on captured lines. Fired the positions of the Defence Forces from tanks, mortars, barrel and rocket artillery. Areas of twenty-one settlements were affected by enemy artillery fire, including Bohoyavlenka, Vremivka, Vuhledar, Zolota Nyva of Donetsk region, as well as Hulyaypole, Zaliznychne, Malynivka, Myrne of Zaporizhzhya Region.

In the Kryvyi Rih and Kherson areas, the enemy is improving the fortification equipment and logistical support of the advanced units leading the Defence and does not stop artillery shelling of the positions of our troops and settlements on the right bank of the Dnipro River.

The Russian occupiers fire from barrel and rocket artillery in the areas of Antonivka, Zelenivka, Komysany and Muzikyvka settlements of Kherson Region.

In violation of international humanitarian law, the laws and customs of warfare, the russian occupying forces set up a torture chamber where Ukrainian citizens are held and subjected to torture in Strilkove, Henichesk District, Kherson Region, on the territory of a recreation centre.

During the past day, Ukrainian aviation struck the area of the enemy's personnel, weapons and military equipment concentration.

Over the past 24 hours, units of missile forces and artillery of the Defence Forces of Ukraine have struck a control post, a warehouse of fuel and lubricants, an area of personnel, weapons and military equipment concentration, and a radio-electronic warfare station of the russian occupiers.

According to Deputy Defence Minister of Ukraine Hanna Malyar, after the loss of Kherson, the Russian military will concentrate their forces in the east and try to reach the borders of Donetsk Region.