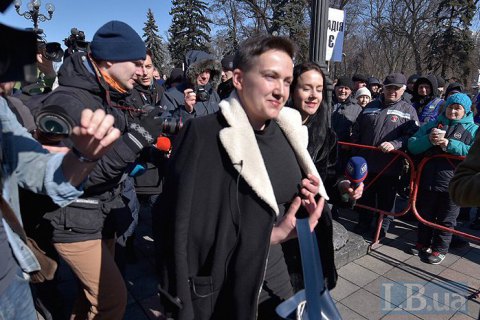 The Security Service of Ukraine (SBU) has detained MP Nadiya Savchenko on the parliament sidelines.

He suggested that they walk towards the SBU directorate in Kyiv.

Earlier in the day, parliament stripped Savchenko of immunity from prosecution and allowed her detention and arrest at the request of Prosecutor-General Yuriy Lutsenko. Lutsenko played video surveillance recordings showing Savchenko and ex-negotiator Volodymyr Ruban discussing plans to kill the country's president, prime ministers, uniformed agency heads and MPs during a one-day operation.