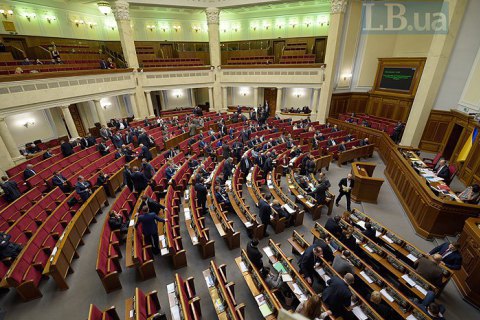 On 22 March, parliament refused to vote to extend the deadline for the filing of electronic income statements (e-declarations) by members of anticorruption NGOs.

The bills sponsored by Serhiy Leshchenko and Artur Herasymov, which deferred the deadline until 31 December and 31 July respectively, failed to get sufficient support.

Despite speaker Andriy Parubiy to motivate MPs to support the deferral, his efforts ended in vain. He said that he felt ashamed for MPs.

Under the amendments to the law on e-declarations, members of anticorruption NGOs must report their incomes.

G7 ambassadors called on the Ukrainian parliament to lift this requirement for anticorruption activists.