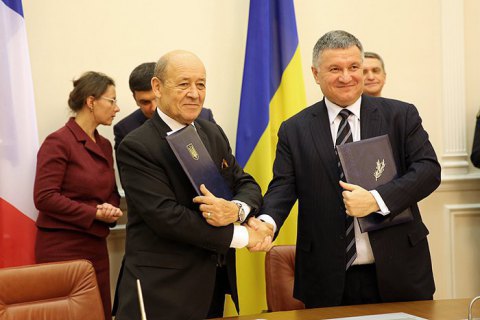 Ukraine has agreed a deal to buy French helicopters for the Interior Ministry, Ukrainian foreign Minister Pavlo Klimkin has said at a joint news conference with his French counterpart Jean-Yves Le Drian.

During a visit to Rivne Region on 23 March, President Petro Poroshenko said the State Emergency Service would receive the first four French helicopters, including for rescue and medical evacuation, this year.

The Interior Ministry said on its website that it would receive 55 Airbus helicopters of H125, H145 and H225 models. The first batch is expected this year.

"This is the largest Ukrainian-French project. This is a very big structural project in Ukraine, which we undertook with the support of President Petro Poroshenko and Prime Minister Volodymyr Groysman," Interior Minister Arsen Avakov said.