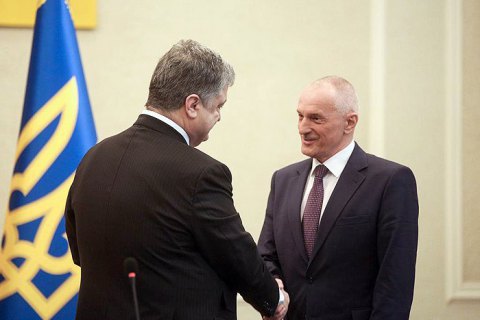 President Petro Poroshenko has dismissed the head of the Volyn regional state administration, Volodymyr Hunchyk, and appointed Oleksandr Savchenko to the post. The president said on Facebook that the region had been showing stable economic development. In particular, he mentioned road repairs, recreation and waste disposal projects.

In January-November 2017, 60-year-old Savchenko was the first deputy head of the Kyiv regional administration. In 2014-2016, he headed the department of economic security at the national oil and gas company Naftohaz Ukrainy. He was a deputy interior minister in 2007-2010.

Hunchyk has been the head of the Volyn regional state administration since 24 July 2014. In May 2014, he headed Poroshenko's regional election campaign HQ.