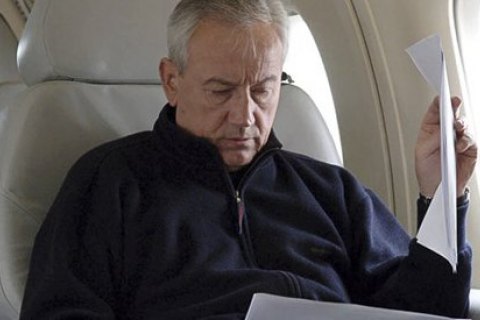 Businessman Petro Dyminskyy is no longer a shareholder of the ZIK and Z ZIK TV channels but his family members are, according to the National Council on Television and Radio Broadcasting. On 22 March, the regulator granted the TV channels' requests to re-register their license due to the change of beneficiaries.

Olena, Zhanna and Anastasiya are still the end beneficiaries.

On 21 March, ZIK said on its website that it was anticipating an attempt to capture it by radical organizations and blamed it on the presidential administration. It noted that the National Guard rescinded the agreement on the protection of the TV channel's office in Kyiv's October Palace.

In turn, National Police spokesman Artem Shevchenko said that the National Guard is not obliged and will not protect Dyminskyy's media resources, as he is suspected of committing a fatal accident but shuns the court. According to Shevchenko, the Interior Ministry will respond in accordance with the law if the ZIK is attacked.

On 18 August 2017, Dyminskyy's Mercedes hit a 31-year-old woman's Opel when she was making a turn in accordance with traffic rules on the Lviv-Krakovets motorway. The woman was killed on the spot.

Dyminskyy's driver Andriy Borshch took the blame but the DNA tests and the victim's family proved him wrong. The family insists Dyminskyy was driving that Mercedes.