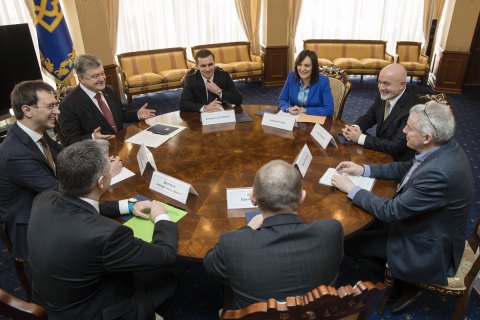 Ryanair, an Irish low-cost airline, signed an agreement with Ukraine's Kyiv Boryspil and Lviv airports. The first flights from Kyiv and Lviv are scheduled for October.

President Petro Poroshenko, who attended the signing ceremony, tweeted that Ryanair would open 10 European services from Kyiv and five from Lviv. Fares will start at 10 euros while the average ticket is expected to cost less than 40 euros.

During the first year, the company plans to transport 1 million Ukrainians.

The first flights will not start until October because the airline needs to buy more aircraft and build a proper infrastructure.

Ryanair first announced plans to enter the Ukrainian market on 15 March 2017 but had to cancel them over a disagreement with Boryspil airport. The Ukrainian government intervened and negotiations resumed.