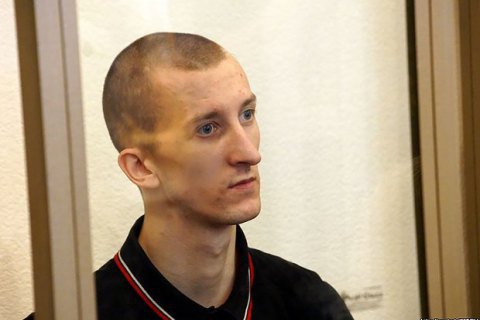 Larysa Kolchenko, the mother of Ukrainian political prisoner Oleksandr Kolchenko, who is illegally held in Russia, has been allowed to meet her son and arrived in Chelyabinsk, the Interfax-Ukraine news agency reported, quoting the regional public supervisory committee.

She was allowed to spend three days with her son.

"The mother only wants her son to be released. Possibly in exchange for Russian prisoners in Ukrainian prisons," the committee said.

According to the Krym.Realii website, the meeting started on 27 July and is supposed to end today.

According to the Russian penitentiary service, Kolchenko has gained his regular weight of 64 kg since his hunger strike in May. Allegedly, he has filed no complaints.

"He asked for a chance to continue higher education. Until recently, he had studied for free at the Vernadsky Tavryda National University. His study was stopped because the convict had not provided the colony administration with an education contract for a new period," the press service said.

Kolchenko was sentenced to 10 years in prison in 2015 within the framework of the same terrorism case as Ukrainian film director Oleh Sentsov.