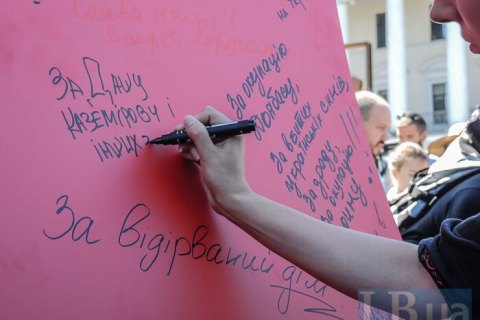 "Following the discussion at a meeting of the Trilateral Contact Group that was held in Minsk on 25 July, the Russian side proposed outlining the essence of the Ukrainian initiative in a letter to the Russian human rights commissioner," Denisova said on Facebook on 27 July.

She suggested the Trilateral Contact Group may want to invite both ombudspersons "to discuss the organization of humanitarian visits to check the conditions of detention of prisoners, as well as the movement of prisoners from prisons in temporarily occupied areas of Donetsk and Luhansk regions".