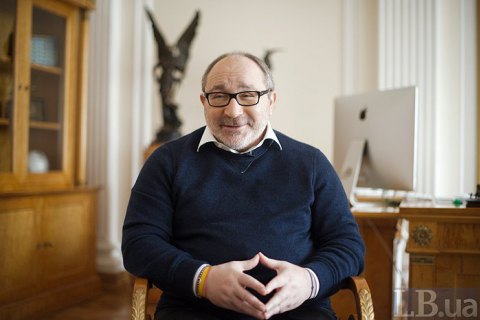 The city heads of Kharkiv and Odesa, Hennadiy Kernes and Hennadiy Trukhanov respectively, have agreed to form a joint party which would take part in a parliamentary election, LB.ua has learnt from sources. Final negotiations took place several days ago.

A new "party of mayors" will allegedly be targeting voters in the southeast.

Kernes is expected to lead the party in the parliamentary election.

According to sources, the mayors rely on media support by the One Plus One media holding.

Kernes confirmed to LB.ua that negotiations had indeed taken place "and not only with Trukhanov".

The latter also confirmed the news. "Kernes and I have known each other for a long time and municipal deputies of our cities have a lot of joint projects, they cooperate closely. It is absolutely logical that with such a foundation, we thought of further promoting the positive developments our cities have made".

The Revival party will join efforts with Trukhanov's Trust Deeds party and a part of the Our Land party, Revival's co-chairman Vitaliy Khomutynnyk confirmed, according to Ukrayinska Pravda.

He added that Trukhanov and Kernes would be among the top five of the party's election list.