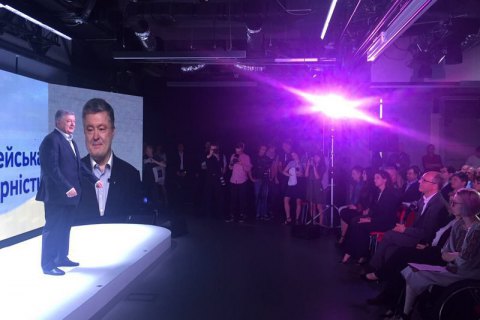 Ex-President Petro Poroshenko will lead his European Solidarity party to parliament in the 21 July snap election.

At its congress on 9 June, the party approved the top members of its list.

"Our task is to form a strong faction to protect Ukrainian, European and Euro-Atlantic values. The task is to ensure such a result that would allow us to claim power. However, in any status we will defend the state, the foundation which we have built," Poroshenko said at the congress.