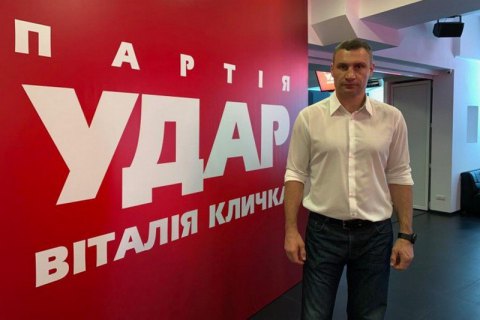 Vitaliy Klitschko's UDAR party has decided not to form a list for participation in the 21 July snap parliamentary election and will focus on first-past-the-post constituencies only.

According to LB.ua, some of UDAR's candidates are:

According to Klitschko's website, the decision not to form the list was taken in order not to disperse voters for the democratic forces.

Klitschko plans to continue as mayor of Kyiv and will not run for parliament.

He also promised that the party is in for renewal.