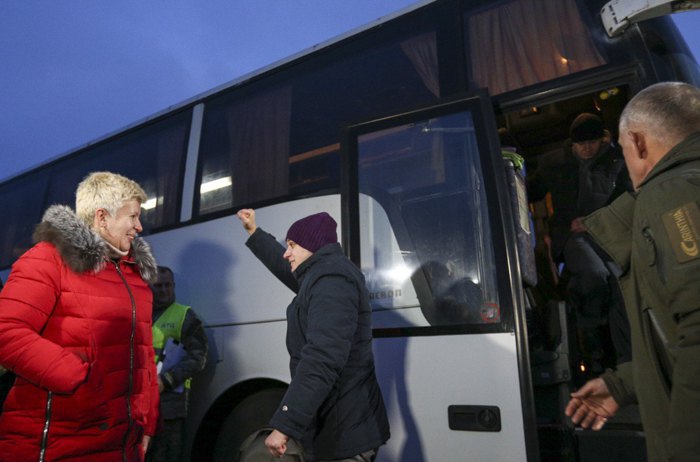 Photo: The president's press service
On 29 December, Ukraine handed 127 people over to the self-proclaimed separatists Donetsk and Luhansk people’s republics.

Fourteen more people refused to be swapped, an adviser to the secretary of the National Security and Defence Council, Serhiy Syvokho, and Ukraine’s representative in the humanitarian subgroup of the trilateral contact group on Donbas, Valeriya Lutkovska, have said, according to Hromadske.

Syvokho noted that four people decided to stay in the occupied territory because they have families there.

In exchange, the separatists released 76 people who “safely reached the territory controlled by Ukraine”, the presidential office said.

Among those released by the separatists are journalist Stanislav Aseyev, who had been held in captivity since spring 2017 on suspicion of “espionage”. 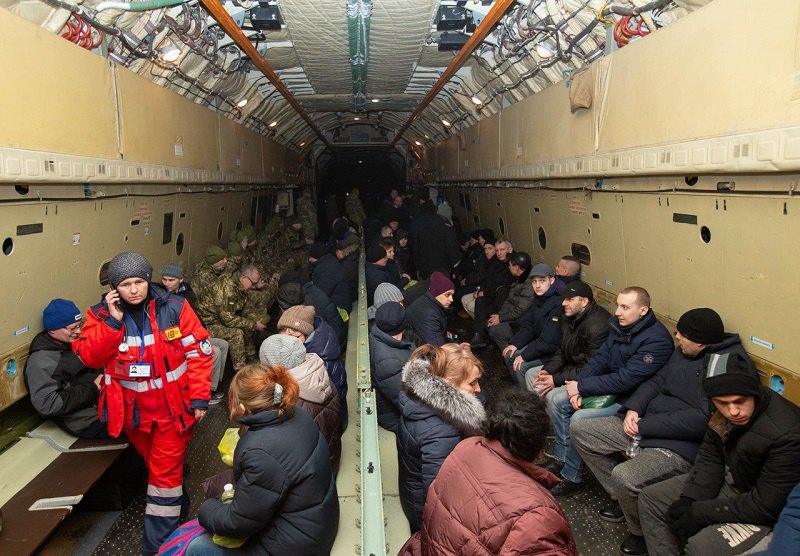 Currently, the plane carrying the released Ukrainians took off from Chuhuyiv airport and is heading for Kyiv.