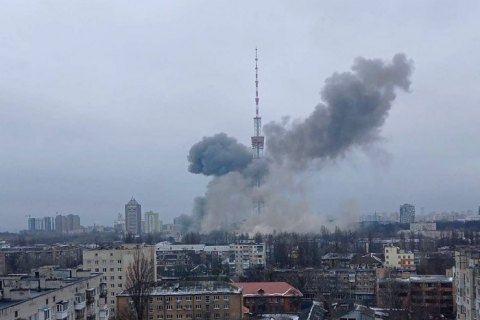 The guards of the Holocaust Memorial "Babyn Yar" detained the second artilery observer of the shelling of the TV tower. This was announced today by the Center for Strategic Communications in its telegram channel.

"Today, 4 March, the guards of the Memorial detained another artillery observer with beacons for artillery near the installation " Mirror Field”," the statement said.

The places of destruction are located very close - 20-30 meters from the places where the Nazi occupiers shot Jews, Roma and people of other nationalities.

Since the shootings in Babyn Yar continued from 1941 to 1943, and between 70,000 and 100,000 people were killed in various places, we can consider the entire area of the tract as a Holocaust territory that cannot be touched, " said director of the Center for Spatial Technology Maxim Rokhmaniyko.

As a reminder, on 1 March the Russian invaders carried out rocket fire on the Kiev TV tower, damaging hardware and buildings near it. The explosion killed 5 civilians, and interrupted the broadcast of several TV channels for several hours.