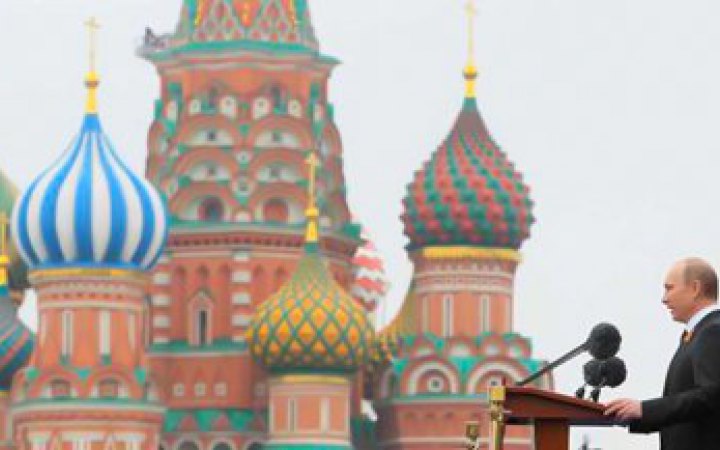 Everyone expected a new session of intimidation from Putin on May 9. We were waiting for the declaration of war, the announcement of mobilization and so on. Why didn't anything like that happen?

Dates are really important for propaganda, because the whole Moscow propaganda doctrine is built on such a mystical-Nazi sacredness. With the help of dates, you can explain to your population why an event is happening at this time, or why something needs to be done by this time. But for this to work, clear material grounds are needed.

To make the Kremlin Fuhrer's speech on May 9 brighter, he needed to have a triumph that could be explained to the population in simple words. He needed yesterday's victory, or better yet, for the day before yesterday. But Putin had nothing like that.

Therefore, we probably did not hear anything expressive in Putin's speech. Because, first of all, he has nothing special to sum up. Second, any further promises or threats must be backed up by highly probable physical actions. There is no certainty that these actions will take place. Even Putin understands this. Therefore, he published this blah-blah-blah, a set of pathetic words of general meaning without specifics.

The war has become positional, the blitzkrieg can be forgotten, aid to Ukraine from the West is growing, and additional resources need to be introduced. But announcing this publicly will also mean defeat for propaganda. Because they promised a quick victory, promised that only contractors would fight, and so on. If we insist on the sacredness of dates, the population may ask, why there is no victory before such a date?

Even stupid people can start to have logical questions. If we are the most powerful army in the world after China, why can't we defeat Ukraine or some NATO there? So we are not the most powerful army in the world? Therefore, mystical approaches to the calendar have ceased to be paramount, and have become somewhere tertiary. They are not completely removed from the agenda, but propaganda can work the other way around. It's easier to just forget all these promises, reset, turn the page as if nothing had happened.

The same as what happened previously. That is, the continuation of the war. There is no reason to expect radical change. Of course, all sorts of "black swans" are pleasant dreams, but… These are dreams. And the reality is a little different.

That is, the turning point in the war has not yet come?

It definitely continues. The turning point is not a minute or a day. This is a certain process. It's such an arc on the chart. But this arc may collapse or reach a plateau. Which is likely, because now we have a positional war with building forces and maintaining the situation on both sides.

Change of Putin's rhetoric for the weakening is, of course, a marker of the current situation. He is not sure that he will have any achievements that he will be able to show to his people. He needs to bring more and more forces into battle without a guarantee that it will change anything. Because modern war is a war of skilled people. This is not the 19th century, where he grabbed a sword, got on a horse and galloped. And even those actions still require skills.

Now the war is complicated. The vulnerability of artillery, missile and multiple launch rocket system is as great as the possibility of the destruction they cause. Therefore, all the capabilities of russian attacks are balanced by the possibility of receiving a strong blow to these attacking forces.

And if the russians can calculate their resource, the Ukrainians - can’t. After all, aid to Ukraine from the West is growing. And this is also a serious factor in destabilizing the situation in the Kremlin.