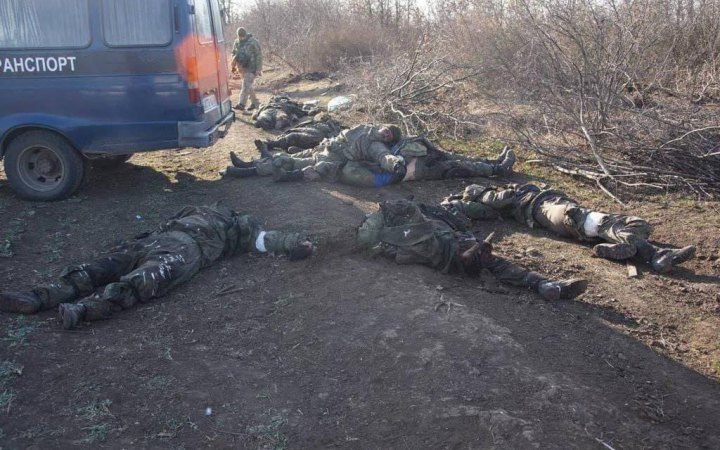 Russia lists dead military personnel as “missing” to hide its losses in the war in Ukraine.

This is confirmed by the new telephone conversations of the invaders intercepted by the Security Service of Ukraine.

Their bodies are stacked in improvised dumps, so many of them, that the mountains of corpses are up to two meters high.

“It's not a morgue, it's a dump. It's big, it's... a field - not a field, a landfill - not a landfill... It's fenced, cordoned off, and no one is allowed in. And, anyway, thousands of corpses are brought there. The landfill is as tall as a man…”, the enemy invader tells his wife from the “DNR”.

According to him, this dump is organized right near Donetsk. His guards earn a lot of money by helping relatives of the dead find their bodies.

“And he found out about it - because his acquaintance found her brother's body there,” the SSU added.

The russian authorities continue to send conscripts to war who die first. Ukraine tried to hand over the bodies of its dead soldiers to russia through the Red Cross, but they did not want to take them back.