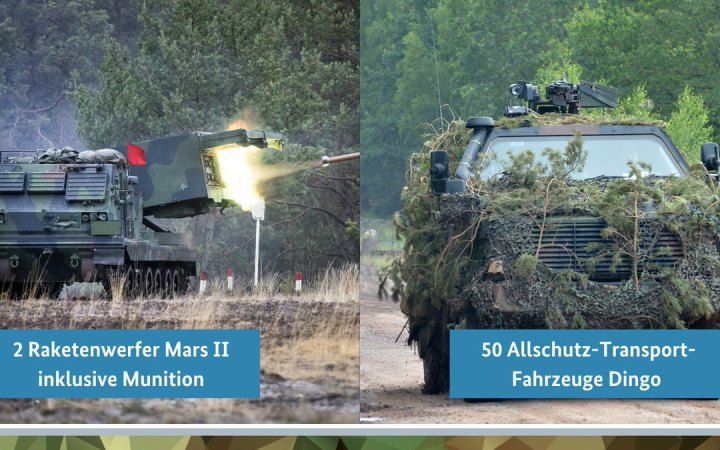 "We are fulfilling our promises! Two more Mars II missile systems and 50 Dingo have been delivered to Ukraine... We continue to support Ukraine in its fight for its territorial integrity and sovereignty," the ministry said.

Later, the ministry said that four more Panzerhaubitze 2000 self-propelled artillery systems and a set of ammunition would be delivered to Ukraine next.

Together with the Netherlands, Germany has provided Ukraine with a total of 22 self-propelled artillery systems.