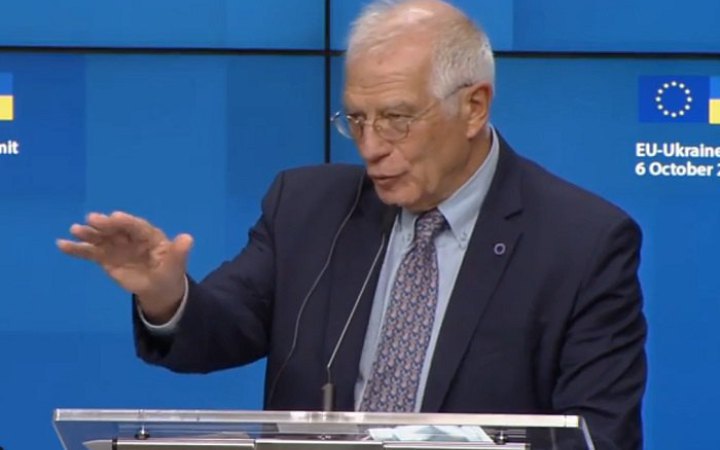 The EU High Representative Josep Borrell said during a press conference following an informal meeting of foreign ministers of the European Union that most of the exported Ukrainian grain got to the countries that need it.

"We must continue to fight against russian propaganda and its false narratives. I want to present some facts. The UN Grain Agreement and our efforts to implement "solidarity lines" have already reduced food prices around the world. Most of Ukraine's grain exports have been directed to countries that need it. Look at the data, look at the statistics. Two-thirds of Ukrainian exports went to Africa, the Middle East and Asia. So it is not true what Putin said that the grain exported from Ukraine did not reach the people who need it," the head of European diplomacy stated.

Moreover, Josep Borrell stressed that the countries of Africa, the Middle East and Asia, which suffer from food shortages, would not be in such a situation if russia had not started its criminal aggression against Ukraine, blocking, first of all, Ukrainian food exports, in addition to bombing the agricultural infrastructure of Ukraine, destroying grain storage facilities and directly stealing grain intended for export.

Russian President Vladimir Putin claimed that allegedly only 3% of all supplies under the food deal were delivered to countries that need it. The Ukrainian Foreign Ministry and the Infrastructure Ministry have denied Putin's statements.

President of Turkey Recep Tayyip Erdogan agreed with the president of the russian federation that grain supplies from Ukraine are directed to the developed countries, not to the poorest ones.