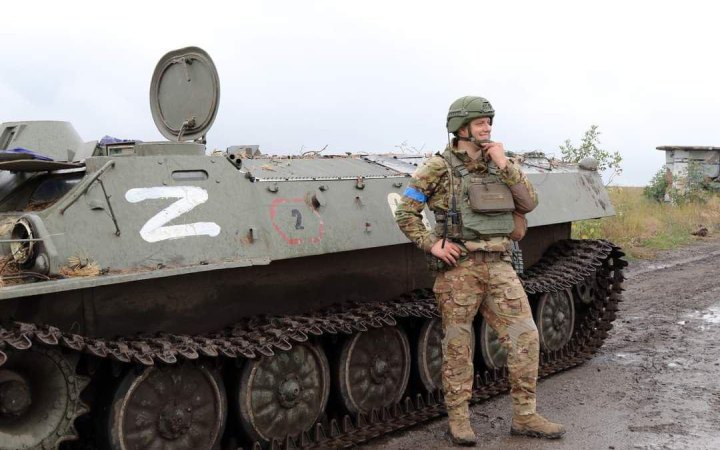 The two hundred-ninth (209) day of the resistance to the russian military large-scale invasion continues.

The enemy continues to focus its efforts on the full occupation of Donetsk Region, the organization of defence and maintenance of the captured territories, as well as the disruption of the active actions of the Defence Forces in certain areas – the General Staff informs on FB.

Russian millitary fire at the positions of our troops along the contact line, regroups its troops and constantly conducts aerial reconnaissance. Over the past 24 hours, the russian occupiers have launched 10 missile and 15 airstrikes, and fired more than 56 anti-aircraft missiles at objects on the territory of Ukraine. As a result of russian shelling over the past day, the infrastructure of more than 33 settlements was damaged. In particular, these are Slavhorod, Kramatorsk, Bakhmut, Mayorsk, Vodyane, Dorozhne, Soledar, Novopil, Zaporizhzhya, Mykolayiv, Oleksandrivka, Snihurivka, Nova Odesa, Shyroke, Bilohirsk, Myrolyubivka, and Bila Krynytsia.

The threat of air and missile strikes by the enemy on the entire territory of Ukraine remains.

The situation has not changed in the Volyn and Polissya areas.

In other areas, the enemy fired from tanks, mortars and artillery of various types, namely:

in the Siverskyi area - near Mykolaivka, Chernihiv Region, and Novovasylivka, Slavhorod, and Ryasne, Sumy Region;

The so-called "mobilization" measures are continuing in the territories temporarily occupied by the enemy. According to the available information, as of September 14 of this year, the previously issued documents on the postponement of mobilization for about five hundred employees of the Yenakiyiv Metallurgical Plant have been canceled. In addition, a ban was introduced on the departure of men from the territory of the temporarily occupied Crimea without the permission of the military commissariats.

It has been confirmed that on September 18, the area of the enemy's weapons and military equipment was successfully destroyed near the settlement of Novoaydar, Luhansk region. Then about 50 units of military equipment were eliminated and disabled and ammunition was destroyed.

In addition, in the area of the settlement of Svatove, units of the Defence Forces inflicted damage on the area where the enemy's manpower was concentrated. It is known that 70% of the personnel who were at the facility were killed.

The enemy continues to take measures to replenish losses and form reserve units. According to available information, the formation of four rifle battalions is underway at the base of the 36th Separate Motorized Rifle Brigade of the 29th Combined Arms Army of the Eastern Military District, located in the village of Borzya in the Trans-Baikal Region. Staffing of officer positions in the mentioned battalions is carried out by using the teachers of the Far Eastern Higher Military Command School. Earlier it was reported about the formation of a naval rifle regiment based on the Black Sea Higher Naval School in temporarily occupied Sevastopol.

The russian military leadership, during the formation of these units, continues to apply the practice of the Second World War, which indicates significant problems and miscalculations, the General Staff notes.

During the day, units of the Defence Forces of Ukraine repelled enemy attacks in the areas of Mayorsk, Vesele, Kurdyumivka and Novomykhailivka settlements. During the past 24 hours, the Air Force of the Defence Forces hit 24 areas where the enemy's manpower and military equipment are concentrated, 4 positions of anti-aircraft missile systems and one ammunition depot.

In addition, our air defence units, in different directions, destroyed the Su-25 aircraft, a guided air missile and three enemy UAVs. Missile troops and artillery over the past day inflicted fire damage on 16 enemy objects. In particular, in 6 areas of concentration of personnel, weapons and military equipment, 7 areas of concentration of artillery, as well as 3 warehouses of ammunition.

The total losses of the enemy are being clarified.