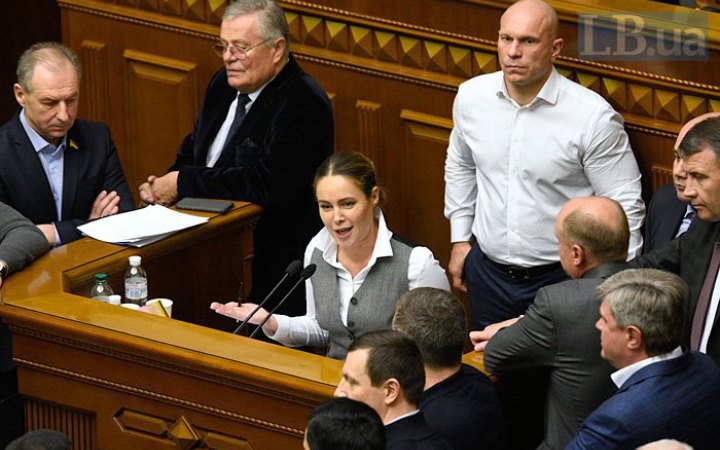 Several MPs from the former Opposition Platform-For Life (OPFL) faction will be deprived of their mandates early due to holding Russian passports, parliamentary sources tell LB.ua.

According to Article 81, paragraph 4 of the Constitution, the mandate is revoked in case of termination of citizenship or departure for permanent residence outside Ukraine.

"Soon, we expect a new presidential decree to deprive several MPs of the former OPFL faction of Ukrainian citizenship as they hold Russian passports," the source said.

According to him, the following MPs are in question:

"The next step is the parliamentary vote for the early termination of their powers, as it already happened in January," the Verkhovna Rada predicts.

At a meeting on 13 January, the Rada voted for the early termination of the powers of MPs Andriy Derkach, Viktor Medvedchuk, Taras Kozak, and Renat Kuzmin.

In addition, the deputies granted the application of another MP, Andriy Aksyonov, to voluntarily resign from his mandate. At the time of his election, Aksyonov had a Russian passport. The Rada deprived five pro-Russian MPs of their mandates.

MP Oleksandr Ponomaryov, who stayed in Berdyansk after the Russian invasion and then left for Crimea, unexpectedly appeared in the Rada on 19 January. Ponomarev's appearance surprised many of his colleagues, as there was previously information that he had been in the territory controlled by the Russian invaders for a long time.

And in December 2021, it was reported that Ponomarev was a Russian citizen. The Schemes (a joint project of Radio Liberty and UA:Pershyy) received confirmation of this information from two independent sources with access to the Rospasport system.

As for MP Korolevska, LB.ua wrote about how she had been hiding real estate in the Moscow Region in her declarations for 16 years. She has also owned a house and a land plot in Russia since 2005.

Yuriy Solod is Korolevskaya's husband. According to media reports, they left the country in early February.