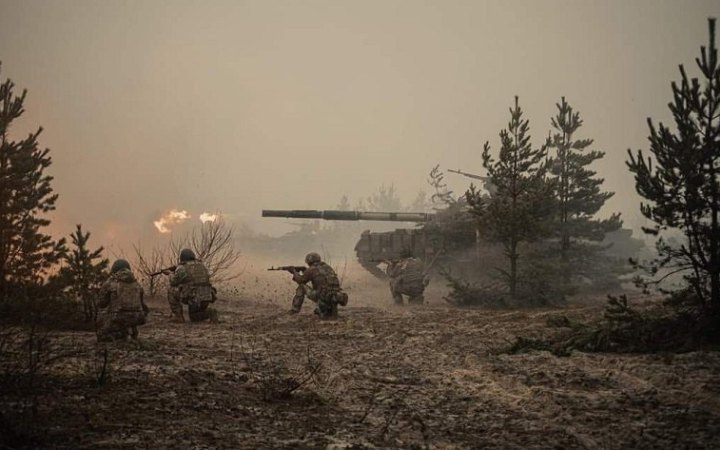 Russian occupiers launched 9 missile attacks on settlements in Kharkiv, Donetsk and Zaporizhzhya regions, as well as 27 air strikes during the day. The enemy also fired 79 missiles from multiple launch rocket systems, the General Staff of the Armed Forces of Ukraine reported on Facebook on the morning of the 335th day of the heroic resistance of Ukrainians to the Russian large-scale invasion.

The threat of air and missile strikes remains high across Ukraine.

The enemy continues to advance in Bakhmut and Avdiyivka areas, despite significant losses.

Kupyansk area: the adversary attempted offensives that have failed. All enemy attacks were repulsed by Ukrainian defenders.

The enemy stays on the defensive in Lyman, Novopavlivsk, Zaporizhzhya, and Kherson areas.

Volyn, Polissya, Siversk and Slobozhansk areas: no significant changes, no offensive grouping of the enemy detected.

Kherson area: the occupiers shell the civilian population every day. The vicinities of Antonivka (Kherson Region) and the city of Kherson came under russian artillery and MLRS fire yet again.

Over the past 10 days in some settlements of the Luhansk Region, a decrease in the number of enemy personnel has been observed. In addition, more frequent deployment of mobilized personnel to the front line has become a common practice. Meanwhile, professional militaries do everything possible to stay out of the front line.

According to the available information, the Russian occupational administration of Luhansk is evacuating families of servicemen of the Russian 2nd Army Corps to the territory of the Russian Federation.

During the past day, Ukrainian Air Force delivered 8 air strikes on concentrations of Russian troops, weapons and military equipment, as well as 1 air strike against a Russian anti-aircraft missile complex.