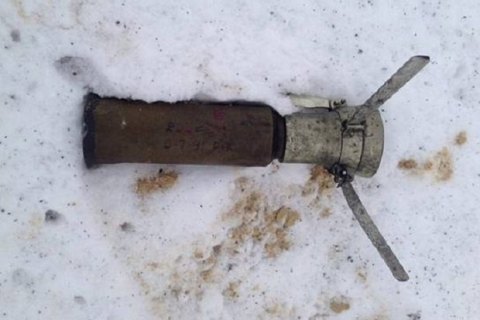 Pro-Russian militants today continued to shoot at Ukrainian servicemen's positions in the antiterrorist operation (ATO) area in Donbas. The ATO press centre has said on Facebook that 18 separatist shooting attacks were registered during the day.

They fired heavy machine guns, an air defence system and 82-mm mortars near Troyitske on the border between Donetsk and Luhansk regions.

They opened fire with grenade launchers and small arms at the ATO strongpoints in Pisky and Opytne and with an infantry fighting vehicle in Avdiyivka.

"The area of Maryinka was the hottest spot where the mercenaries shot at our positions eight times. The enemy used grenade launchers of various systems and heavy machine guns," it said.

In the Mariupol sector, the militants fired a grenade launcher at the Ukrainian strongpoint near the village of Vodyane.

Due to the continuous shooting by the militants, the Luhansk military-civil administration delayed the opening of the first automobile checkpoint Zolote on the line of contact. Previously, the Zaytseve checkpoint in Donetsk Region was also closed due to shooting attacks.