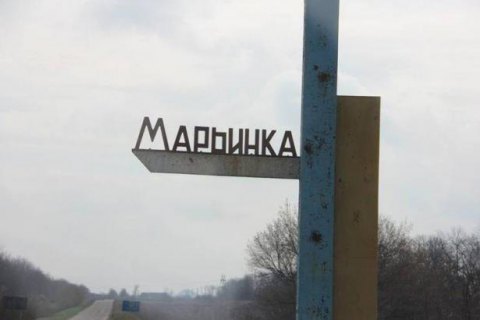 Pro-Russian militants have fired on the positions of the antiterrorist operation (ATO) troops in Maryinka, volunteer Timur Kobzar has told an LB.ua correspondent.

In his words, they were firing with 120-mm mortars and automatic grenade launchers. As a result, one serviceman was killed and two were wounded.

No other details of the attack are available.

According to the ATO HQ, the militants of the self-proclaimed Donetsk People's Republic are preparing to take Maryinka under their control. Witnesses say they have been accumulating troops and hardware in Donetk's Petrovskyy district, where several Grad multiple launch rocket systems and over 10 tanks were spotted.

The ATP HQ said in its evening update on 18 February that the militants four times opened fire against the Ukrainian Armed Forces' strongpoints in Maryinka that day. The occupiers used grenade launchers and an infantry fighting vehicle. An enemy sniper was spotted in the area.

The Maryinka checkpoint was closed on 16 February due to continuous shooting by the militants.