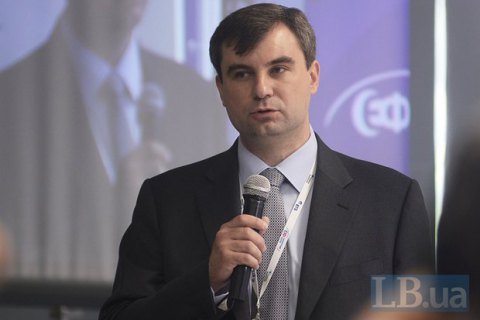 The increasingly isolationist tendencies in the policies of the countries that in the recent decades have been considered the architects of globalized economy may allow China to take the lead, the vice-president of Gorshenin Institute, Viktor Sokolov, has told LB.ua.

"The United States, the traditional leader of globalization processes, is assuming the policy of isolationism and protection of domestic markets. In particular, new US President Donald Trump announced the country's withdrawal from the Trans-Pacific Partnership (TPP) and promotes policies of returning American manufacturers back to the USA. Thus, Donald Trump not only carries out his promises to create new jobs but is also trying to bolster the influence on large corporations and national business as a whole, which is untypical of US presidents. This policy will enable him to act as an arbitrator in the market of mergers and acquisitions and interfere in the internal affairs of large US companies," Sokolov said.

The expert is confident that the UK decision to leave the European Union was also driven by the Brits' desire to protect their own economy from excessive foreign influence. Poland, which used to actively attract global capital, is also adopting the protectionist policy of reindustrialization and limits the impact of transnational corporations on its economy.

"Isolationist policies may become dominant in some other EU countries which will hold elections in 2017-18. These elections may bring to power conservative politicians who openly reject the values of globalism. First of all, we are talking about France, the Netherlands and partly about Germany and Austria," the expert of Gorshenin Institute said. "Amid the increasingly isolationist tendencies in the policies of those countries which in the recent decades have been traditionally considered the architects of global economy, China may take the lead. The country's leadership has already announced that publicly. Symbolically, the delegations of the USA, France, Canada and Germany at the last World Economic Forum in Davos were pronouncedly modest compared with the protagonist of the forum Xi Jinping, the general secretary of the Communist Party of China. A former major-general of the Chinese army, famous Chinese writer and commentator, Luo Yuan, presented his view of China's future role in the world in less uncertain terms. He said: "You have 'America First', we have 'a society of joint destiny for the mankind'. You have a 'closed country', we have 'One Belt, One Road', referring to the Chinese programme of a new Silk Road".

According to Sokolov, China is actively involved in preparations for an international conference in May, dedicated to the "One Belt, One Road" initiative, which will give Beijing an opportunity to showcase its role as a leader of new globalization. It should also be noted that some countries of the Pacific Partnership have already spoken in favour of China's involvement in the pact after the pullout of the United States.

"China has also pledged to further fulfil its obligations under the treaties related to climate change, while Trump has announced that he will ignore them," he said. "China has accumulated the world's largest foreign exchange reserves and made its economy the second largest in the world after the United States. According to the IMF, China accounts for more than 12% of world exports and at least 10% of imports. China, being one of the main beneficiaries of globalization of the world economy in the last two decades, is gearing up to take on a new role of the main promoter of the ideas of globalization in the modern world."