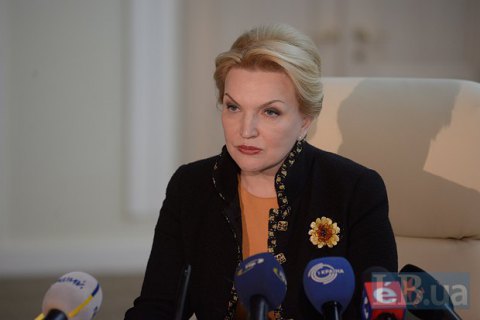 Rayisa Bohatyryova, a former health minister in Viktor Yanukovych's government, has returned to Ukraine. She was immediately handed over to the National Police at Kyiv Zhulyany airport, a source has told Interfax-Ukraine.

The Newsroom quoted its sources in law enforcement as saying that she flew in from Minsk after a court had obliged the Prosecutor-General's Office to close the case against her. She was detained because she was still listed wanted.

"Yes, she has been detained," he told Ukrainian News without disclosing any details.