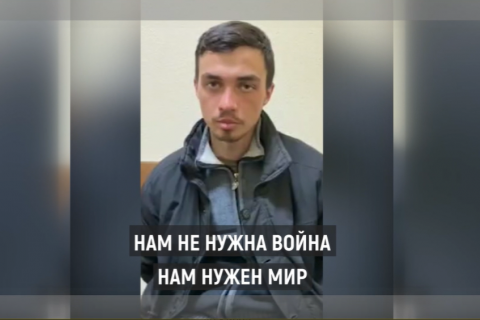 The Security Service of Ukraine seized a Russian spy on his way to Kyiv. In a video released by the secret service, the Russian military asks his father to help him as much as he can and calls on Russian soldiers to end the war.

According to Pavlo Linchevsky, a prisoner who introduced himself as the commander of the first reconnaissance platoon, his task was to reach the suburbs of Kyiv as quickly as possible.

If he had refused to fight, the spy would have been sentenced to 25 years in prison for treason.

In Russia, the spy's parents, brother, wife and daughter are waiting for him. According to him, his family does not know that he went to war.

"Guys, this is not the war we need. We don't need a war. We need peace," the prisoner of war told Russian soldiers.

Lately, the SSU has intercepted one of the conversations of the Russian OMON police officers discussing a situation near Hostomel. It said that the occupiers had called the war in Ukraine a "special operation" and planned three days for it.