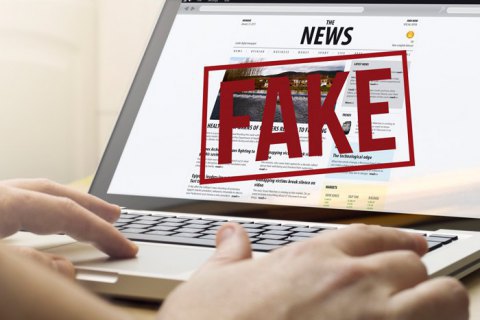 The information that Ukrainians will be called at night from unknown numbers in order to target air bombs has spread all over the network.

This was reported in the press center of the Ministry of Defense.

"This is not true, because it is impossible to determine the exact location of a person in this way, so to set targets for air bombing is not possible. The occupiers have a good imagination and invent a number of new fake news," - they say in the ministry.

The agency has stressed that the spread of such fake news is a continuation of the information and psychological campaign to intimidate Ukrainians. The intruders also do this to stop citizens from reporting the movement of enemy vehicles.

The State Special Communications Service has published a list of fake news, which are now actively distributed on the Internet.

"There is only one truth: the enemy is suffering losses and trying to sow panic among us! We refute these and other fake news every day and will continue to do so," the State Special Communications Service has said.

The agencies emphasize that before reposting and disseminating any information, it is necessary to check whether it has been published in one of the official sources.

As previously mentioned, on 4th March the chairman of the Sluga Narody party, Olena Shulyak declared that the message of occupiers that the President Volodymyr Zelenskyy had allegedly left Ukraine, was untrue.

The Russian occupiers and the media of the aggressor country have begun spreading fake news that residents of the Kherson region are asking for the region to be integrated into Russia.

The intruders have created a fake Facebook page of the Ukrainian Ministry of Defense and are spreading false messages.