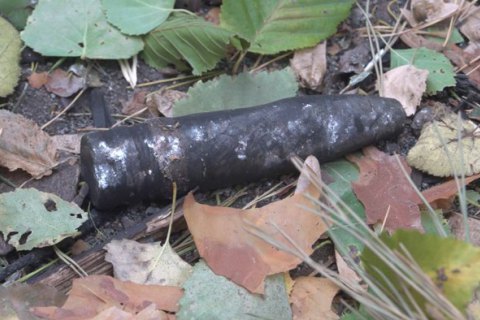 The Center for Countering Disinformation at the National Security and Defense Council of Ukraine reports that they are recording an increase in reports from Ukrainians who find hidden shells in the basements of apartment buildings.

"Explosive devices were found in construction bags... The occupiers are preparing for terrorist acts. So be vigilant and follow safety rules in case of detection of an object suspected of explosiveness," the agency said.

The Center for Counteracting Disinformation said that if ammunition or other suspicious items with an unidentified owner were found in the basement or porch of the house, the police, security and rescue services should be notified immediately.

It is also worth recording the time of detection of ammunition.

Earlier Gennady Laguta, the Kherson regional state administration chairman, reported that the Russian military began to establish streamers in the town, in particular near the building of TV and radio company “Skifia”.

On 4th March, the Security Service of Ukraine arrested a Russian spy on their way to Kyiv.