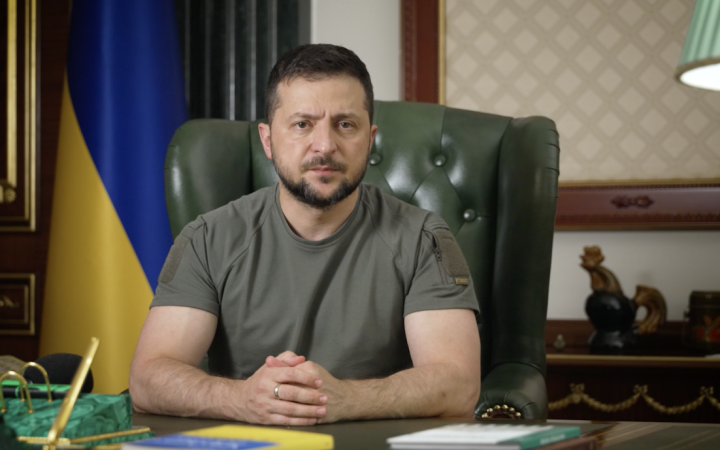 President of Ukraine Volodymyr Zelenskyy emphasized that the draft state budget for 2023 will provide more than UAH 1 trillion for the security and defense sector, as well as indexation of pensions, Press Service of the Presidential Office of Ukraine said.

“It is clear that this will be the budget of a warring country. Government officials will present the parameters of the project, but I will now mention some important points - politically important points. First. More than a trillion hryvnias will be allocated to the security and defense sector next year. That will be priority number one,” Volodymyr Zelenskyy said.

The second important point, according to the president, is ensuring social obligations in full.

“In particular, I want Ukrainian pensioners to hear me: next year, as well as this year, the government is tasked with indexing pensions for all our pensioners,” he noted.

Zelenskyy named the third point to be taken into account when preparing the draft state budget for 2023 as the maximum reduction of all non-critical state expenditures in order to withstand difficult times and ensure financial and social stability.

“All that does not help defense, does not help the economic development of the country, social and cultural provision of our people. Accordingly, the government should present a program to reduce expenditures on the state enterprises, on the apparatus, on the institutions that do not meet the needs of this special time. I am waiting for proposals from government officials,” Zelenskyy said.

At the same time, the president emphasized that the draft state budget for 2023 should provide for decisions on the intensification of economic relations in the country.

“The lending program "5-7-9%" is maintained. There will also be other programs and solutions that should help businesses work, save jobs and attract new employees,” Zelenskyy emphasized.

“And fifth. A special recovery fund will be established, which will be filled, in particular, at the expense of confiscated Russian assets,” the president added.

Zelenskyy expressed his belief that the draft budget will be submitted to the Verkhovna Rada of Ukraine on time, as required by law.

In August, financing of the state budget of Ukraine from external sources amounted to 4.69 bn dollars. At the official exchange rate, this amounts to UAH 172bn.

On 30 August, the Verkhovna Rada voted in the first reading for the draft law 7669 on amendments to the law of Ukraine "On the state budget of Ukraine for 2022". It is assumed that the funds of the road fund will be used not only for the army and debt repayment.