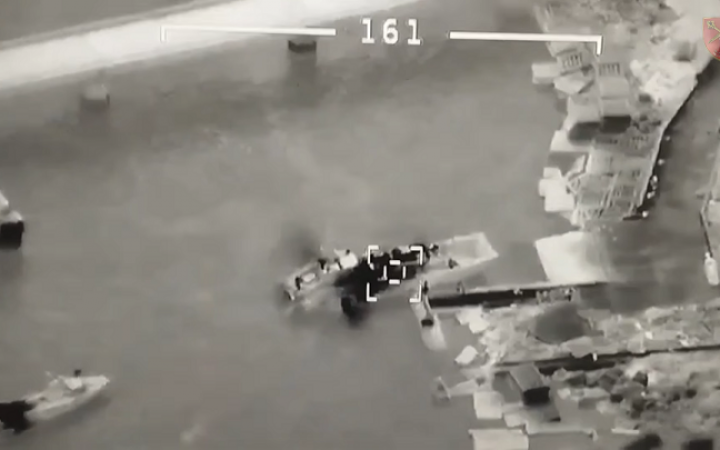 In the waters of the Black Sea near Zmiyinyy (Serpent) Island, Ukrainian defenders destroyed a russian boat type "Serna".

This was reported by the operational command “South” on Facebook and a spokesman for the Odesa military administration Serhiy Bratchuk on Telegram.

OC “South” has published the destruction of an enemy object on the water, off the coast of the island.

“Serpent Island is not just a new exciting series that goes on record in number and scale! It was one of the landmarks at the beginning of this invasion, it became a symbol of a strong rock of our steadfastness and breaking the most persistent efforts of the enemy”, - written by OC “South”.

According to Bratchuk, it is a landing craft type "Serna".

We are reminding, that on May 2 near Serpent Island two russian boats were destroyed.

Also on April 30, the Armed Forces of Ukraine struck at the positions of the russian occupiers on Snake Island. Three anti-aircraft guns, the Strela-10 anti-aircraft missile system, and a communications vehicle were destroyed.