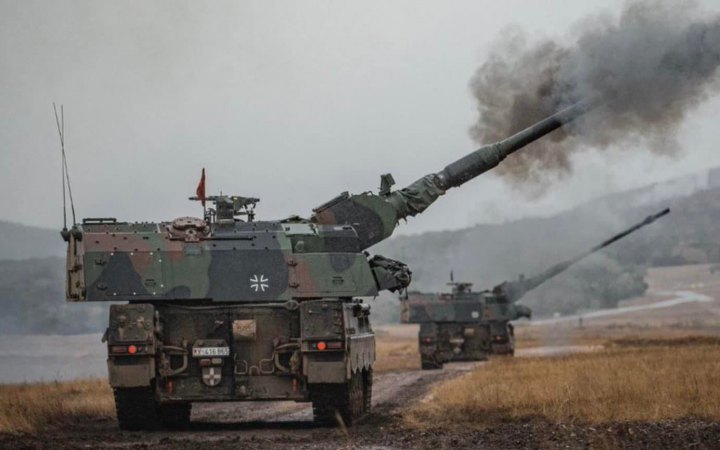 The General Staff of the Armed Forces of Ukraine reported that occupiers seized the settlements of Pidlisne and Myrna Dolyna in the Luhansk region; they also had partial success in the district of the Hirske settlement.

The Ukrainian fighters successfully repulsed the assault in the Vysoke direction. Read more on the operational situation in the other directions in our news story.

"Unfortunately, the enemy was successful in this direction. They threw an enormous amount of equipment and manpower there. More than one and a half battalion tactical groups, heavy equipment… They really were successful and seized Toshkivka," – Haidai said.

He noted that the shellings all over the region are ongoing. Rushists are trying to encircle our forces at the Lysychansk-Bakhmut highway but haven't yet succeeded in this direction.

Occupiers are shelling the residential districts of Kharkiv and terrorizing civilians.

According to the Investigative Department of the National Police's Kharkiv regional branch head Serhiy Bolvinov, on the afternoon of 21 June, the number of the Kharkiv shellings victims grew to 5 people, and 11 more were injured.

"Commercial and residential buildings were shelled. Not a single military object. According to preliminary data, it's "Uragan" MLRS. Unfortunately, 5 dead, 11 wounded," – Bolvinov reported.

As of 8:53 p.m., there were reports about 15 killed and 16 wounded people in a wake of the enemy shellings.

According to the Dnipropetrovsk regional council head Mykola Lukashuk, the invaders fired "Uragans" at the village of Shesternya in the Shyroke community.

"They hit the residential houses, a cluster munition was found on the roof of one of them after the shelling," – Lukashuk reported.

The enemy also suffered losses, in particular, as a result of the Ukrainian Armed Forces (UAF) at the Zmiyinyy [Serpent – tr.] island.

In the operational area of the South of Ukraine's Defense forces, the situation is difficult yet controlled. Read the news story for more details.

The General Staff also reports that the UAF successfully use American howitzers M777 at the frontline.

"Fighters in the East of Ukraine keep zealously destroying russian occupiers from the American howitzers M777 – they are "sending" to the occupiers hundreds of 155 caliber shells," – the report reads. Look at the news story for some eloquent photos.

The Minister of Defense of Ukraine Oleksiy Reznikov reported that the UAF received at their service German self-propelled howitzers "Panzerhaubitze 2000" maintained by Ukrainian crews.

"It's the 6th type of the 155mm caliber artillery that strengthens our defense already. Our fighters are already beating the enemy using M777, FH70, M109, AHS Krab, and Caesar. From now on this "elite club" is joined by Ph2000, too," – the statement reads.

In the Zaporizhzhia region, another operation of handing over the fallen troops' bodies took place. Ukraine brought back the bodies of 35 of its defenders.

It's noted that the operation was carried out with by joint efforts of the Commissioner for Persons Missing Under Special Circumstances, Defence Intelligence of the Ministry of Defence of Ukraine, the Security Service of Ukraine, and the General Staff of the Armed Forces of Ukraine, and other security forces.

The Air Forces Command reports that the Ukrainian defenders destroyed a lot of enemy equipment and ammunition in the Kyiv and Donetsk regions.

Also, groups of attack aircraft and bombers under the cover of fighters carried out several airstrikes on the enemy's positions. Read about their results in the news piece.

The leaders of the EU will meet in Brussels on 23-24 June during the European Council session. This is when the decision on giving the candidacy will be made.

During the session on 21 June, the parliament also made a first step toward introducing a moratorium on raising heat tariffs for the population.

What other legislative acts the MPs have also voted for – in the news story.

The Center for Countering Disinformation [CCD] at the NSDC warns Ukrainians against possible russians’ provocations using missile attacks on 22 June.

CCD urges citizens to abstain from visiting places of mass concentration of people. In case of an air raid siren it's necessary to immediately proceed to the nearest bomb shelter or cover, and if inside – to follow the two walls and two exits rule.

The photo exhibition of the Ukrainian photographer and documentalist Maks Levin was opened in the parliament of Latvia.

Students and alumni of the Pyotr Tchaikovsky National Music Academy of Ukraine published an open letter regarding removing the composer's name from the educational institution's one.

The letter signed by 261 people is addressed to the President of Ukraine, Verkhovna Rada head, Prime Minister, the Minister of Cultural and Information Policy, as well as the Pyotr Tchaikovsky National Music Academy of Ukraine's principal Maksym Tymoshenko.

The signatories claim that they decidedly do not agree with the position laid out in the statement of the Supervisory Board, Academic Council and the Academy staff addressed to the same recipients regarding leaving Tchaikovsky's name in the name of the university. More details are in our news story.

The Ukrainian team won their first gold medal at the XIX World Aquatics Championships in Budapest.