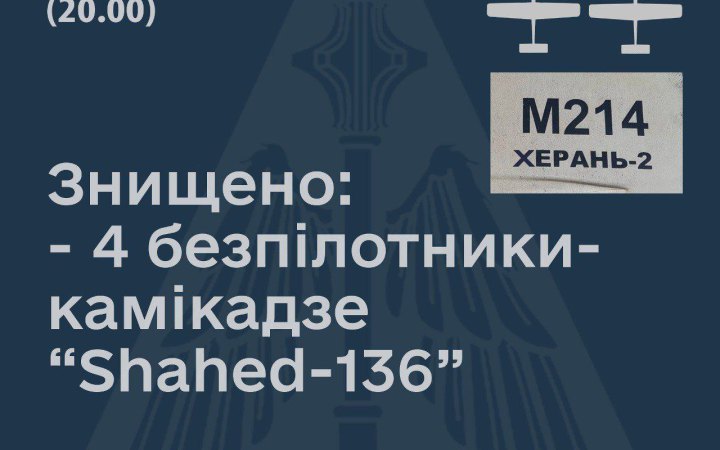 Four Russian Iranian-made Shahed-136 kamikaze drones were destroyed in the sky over Mykolaiv Region at about 8 p.m. tonight, the press service of the Air Force Command of the Armed Forces of Ukraine has said.

The drones were shot down by the Odesa Anti-Aircraft Missile Brigade of the Operational Command South.

It took its soldiers only two medium-range anti-aircraft guided missiles.

In a separate development, a serviceman of the National Guard of Ukraine shot down a Russian Mi-8 helicopter in the Zaporizhzhya sector today.