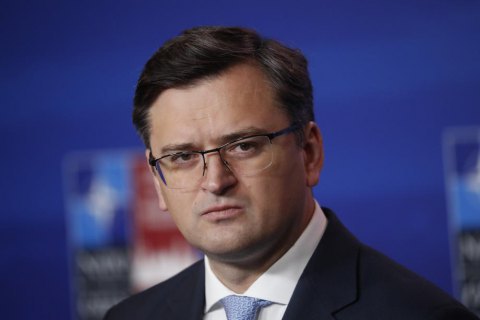 “Let me reveal a detail. We started working on getting the EU candidate country status for Ukraine as the initiative of the President of Ukraine before the war, and the EU response was: “What are you even thinking of? Where do you want to go? We have Balkans here, we are tired of expansion. Forget this, this will never happen”.

Since Russian military aggression against Ukraine, according to the Minister, a new reality has come and impossible things have become possible.

71% of respondents from France, Germany, Italy, and Poland approve of Ukraine\'s accession to the EU

“European parliament adopted a resolution stating Ukraine is to be granted the EU candidate country status. We applied, the application was approved by the EU, the European Commission has already started practical procedures regarding its consideration - Kuleba reminded. - The process of Ukraine obtaining EU membership has started”.

However, he mentioned, there were no such changes in Ukraine-NATO relations.

“These matters are important. Our country's interests are to be considered realistically. EU stepped over itself, EU made impossible possible. NATO - did not. Isn’t it high time we thought it over?” - asked Dmytro Kuleba

According to him, the goal of Ukraine now is to go through all the procedures of obtaining EU candidate country status in the shortest time possible given political and bureaucratic support.

“Now is the next step - through European Commission, we are working on one document called “poll”, we answer all the questions, and answers will be used to develop recommendations for European Council. Afterward - European Council takes formal decisions. All this may be done in little more than two weeks, but we will enter this level before we know it. - The moment of truth will come next, when European Council, namely leaders of all European countries, are to take a final decision regarding opening of accession negotiations”.

“But let me say frankly - there are still countries attempting to nix the deal, added Minister. - Germany is among them, let’s call a spade a spade, it is not a secret for no one. That’s why we are working now extremely hard and focused with these countries in particular.”

Zelenskyy - to the Bundestag: "You seem to be behind the wall again. And the wall gets stronger with each bomb."